Hibernian HospitalityOffering an exceptional experience for travelers and local patrons. 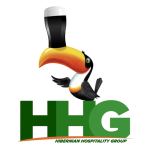 Hibernian Hospitality Group is a well-established restaurant ownership group based in Raleigh NC.  The twenty five year legacy of excellence in the restaurant and entertainment industry is evident with every location and concept executed throughout the Greater Raleigh, and now Charlotte, areas.  Award winning Irish Pubs, benchmark world record beer bar destinations, and high quality concepts are the calling card of this hospitality group.

The Hibernian Hospitality Group’s 75+ combined years of operational knowledge is the foundation for the company’s track record.  Currently, there are 2 locations of the Hibernian Irish Pub & Restaurant and The Station on Person St.  The company’s next endeavor rewrote the record books as the Hibernian Hospitality Group unveiled the world’s largest draft beer selection in the Raleigh Beer Garden in the summer of 2015.  Watts & Ward, a craft cocktail speakeasy, opened in the spring of 2017 !  Followed by the much anticipated Morgan Street Food Hall & Market which opened in 2018, as well as the Arbor Bar and Aunty Betty’s Absinthe & Gin Bar in 2019 within the Food Hall.  In February of 2020, the Hibernian Hospitality Group unveiled the, now, largest beer garden in the world; The Charlotte Beer Garden.

Come 2021, after a year of enduring the pandemic, Hibernian Hospitality has opened up The Ark Royal Tiki Bar and in the works of opening up 419 Glenwood: The Botanical Lounge, The Sage Room and Highgarden Lounge; all in the heart of Glenwood South.  Joining Cowbar in the Morgan Street Food Hall, will be the new Cowbar Burger in North Hills.  Joining to the Morgan Street Food Hall is Big League Waffles & Scoops.